UN: Nature based solutions need to more than double by 2025 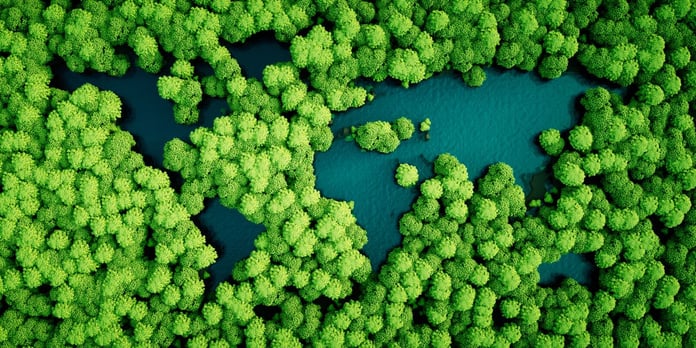 UNEP´s “State of Finance for Nature 2022” states Nature based solutions (Nbs) can play a major role in addressing a broad range of societal challenges, from managing water scarcity to reducing disaster risk to poverty alleviation. However, current finance flows to Nbs are $154 billion per year. UNEP warns that to limit climate change to below 1.5°C, halt biodiversity loss and achieve land degradation neutrality, urgent and large increases in finance for Nbs are essential.

According to report author Robin Smale, “actions to protect, conserve, restore, sustainably use and manage natural or modified terrestrial, freshwater, coastal and marine ecosystems, which address social, economic and environmental challenges effectively and adaptively, while simultaneously providing human well-being, ecosystem services and resilience and biodiversity benefits are all considered as nature-based solutions”

Learn with DGB Group: What are nature-based solutions?

The report states private sector investment in NbS must increase by several orders of magnitude in the coming years from the current $26 billion per year, which represents only 17% of total NbS investment.

However, about 50% of global GDP is dependent on healthy and well-functioning ecosystems. UNEP called upon the private sector to go beyond “just the economics of GDP” and consider the principles of natural capital accounting and circular economy.

Government expenditure on environmentally harmful subsidies to fisheries, agriculture and fossil fuels is estimated at between $500 billion to 1 trillion per year, three to seven times greater than public and private investments in NbS. Subsidies are highest in the sectors of energy and agriculture estimated at $340 billion – $530 billion a year and $500 billion a year, respectively. UNEP warned these flows severely undermine efforts to achieve critical environmental targets.

UNEP issued its document 10 days after the end of the COP27 and a week before the start of the UN Conference on Biodiversity (COP15 CBD) in Montreal, Canada. COP15 is where nations will try to agree on a deal to protect nature and wildlife from further losses and degradation.

The report has three main recommendations:

Sustainability and nature - going green for The World's Flora & Fauna