Uganda nature restoration project and its impact on local communities

Nature Restoration projects sound scientific and out of an anthropological research paper. However, every project has its ups and downs, the "aha!" moments, and dynamic and fun interactions with the local communities. 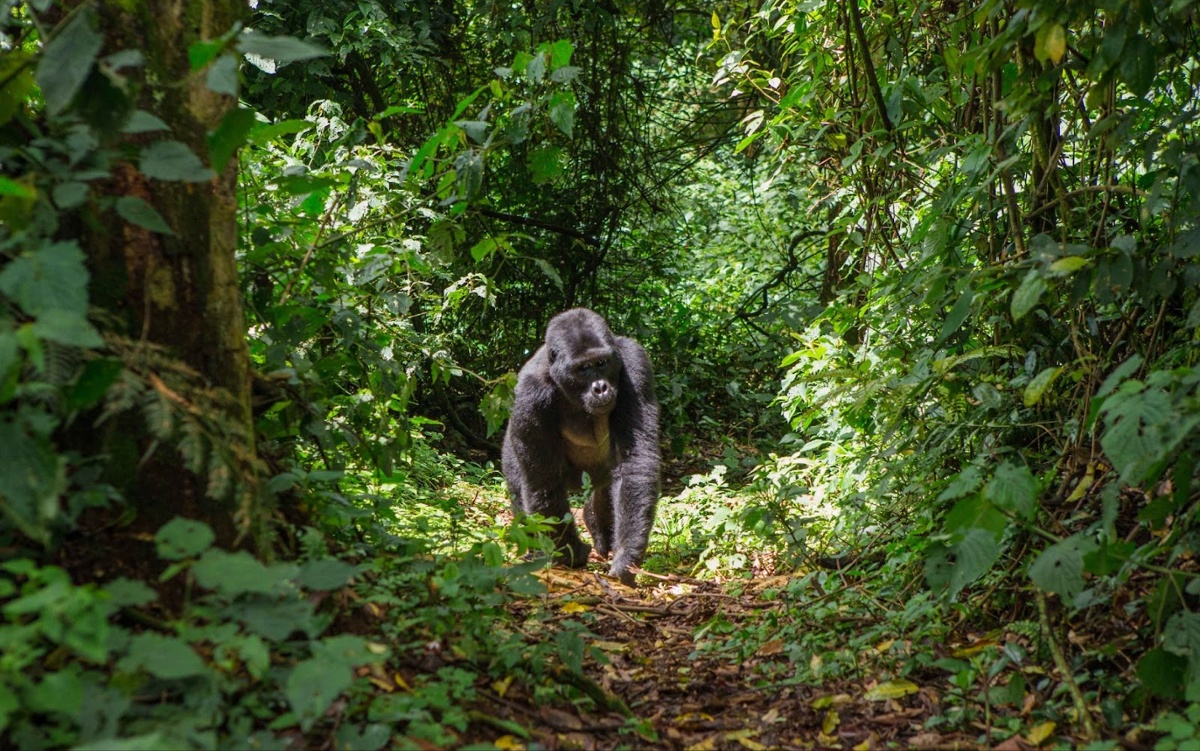 We refer to them as local communities, but at the end of the day, they are just like most of us:

Today we will talk about what goes on in one of Uganda's valuable Nature Restoration projects. We wrote this story in partnership with Dr. Matthew McLennan, Research Associate of Bulindi Chimpanzee & Community Project. 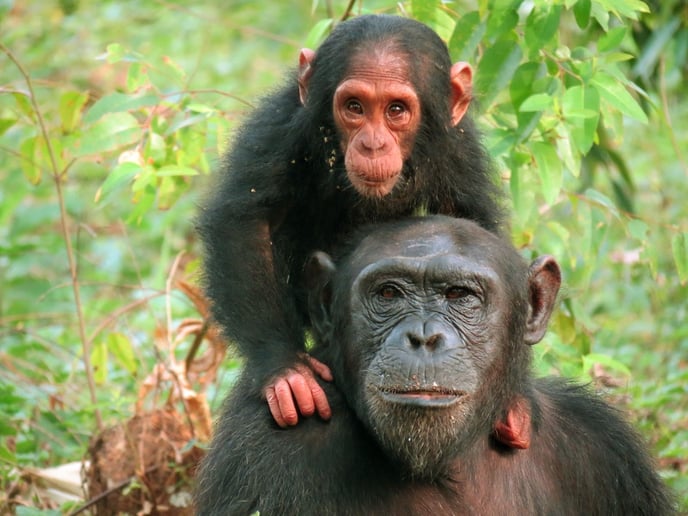 According to Dr. McLennan’s 2021 research on chimpanzees in Bulindi, Uganda - 80% of forest fragments that served as habitats for chimpanzees were lost due to deforestation. Although chimps adapted to the ongoing changes and destruction of the available land for them, it was not sustainable. If nature conservation efforts didn't start, chimps would eventually disappear from the area. They have already experienced a 20% decline in the local chimpanzee population.

It can be easy to judge from far away and feel sorry for those chimps that had to experience habitat loss. However, on the other hand, local communities own those forested lands and depend on the forests for their livelihood.

There needed to be a solution, or a few, to allow people and chimps to coexist and thrive side-by-side. 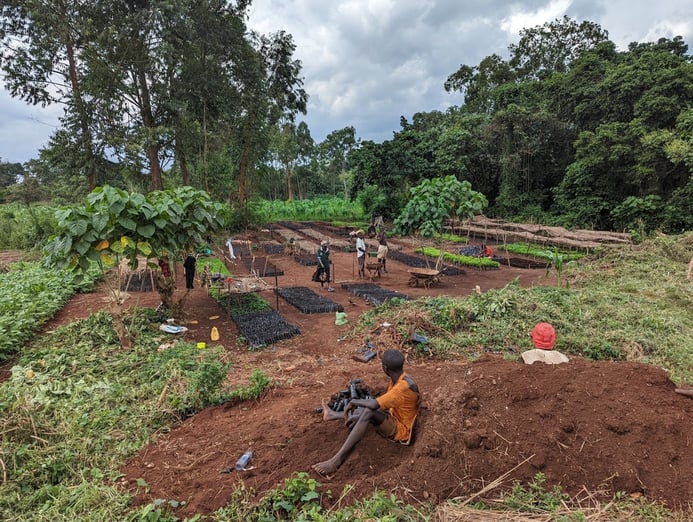 Local villagers own most of the forests in the area, and they use them to get their food, firewood, or any other needs for their livelihood. They also cut the trees and sell them. That's why chimps were about to lose 100% of their habitat.

When Dr. McLennan and his team started discussions with the villagers - they set up a plan to restore the forests for the chimps and help the local people. It was about finding a way to balance the livelihood of the people and the chimps' livelihood.

They started by growing seedlings in the nursery. These include indigenous plants and so-called cash crops. Cash crops are shrubs, and trees locals can produce and sell for profit. In this case, the nuanced portion of the equation is, how chimp-friendly are the cash crops?

If they plant bananas or mangos, chimps will be all over it. And it would create more tension between villagers and chimps. So, the community managers and Matthew decided to give coffee seedlings as cash crops instead. It ended up being a perfect choice - chimps don't eat coffee, and it is an excellent way to make some supplemental income for locals.

Once the seedlings are ready to distribute, community managers start training the villagers on correctly planting and caring for them. So far, as part of the project, 1.3M trees have been cultivated by villagers. Some of them grow 50, and some of them grow 2000-3000 trees. Both men and women are equally interested and put effort into making their villages greener. 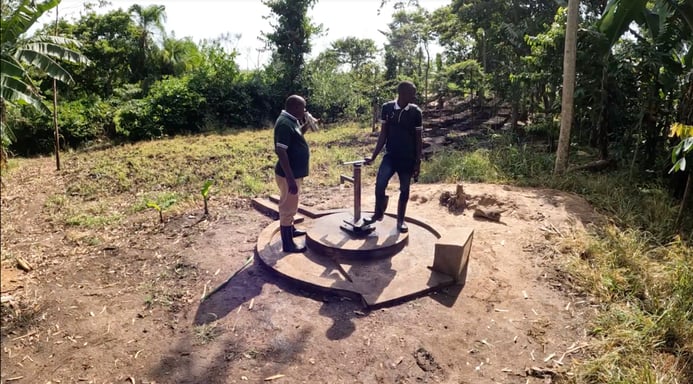 Villagers usually get their water from open water sources. They send their kids for water. Guess who else is there for water? Right - neighbors! There have been incidents with kids and chimps getting into conflicts, some of which were fatal. As a result, Bulindi Chimpanzee & Community Project decided to start a water project.

They installed wells in the middle of villages to prevent potentially dangerous interactions between chimpanzees and kids. Chimpanzees can continue to get their water from open water sources, and the villagers have their dedicated wells.

As part of the education process for the communities, Bulindi Chimpanzee & Community Project community managers took on training for kids and adults. Along with planting trees, they would give scientifically proven guidance to the villagers about how to appropriately interact with chimpanzees if they see them nearby. About their habits, how to properly farm and live around them side-by-side.

The Bulindi community is very open and friendly toward chimpanzees. Unlike the neighboring areas, such as the Democratic Republic of Congo - Bulindi communities are not used to hunting chimps.

As long as their livelihoods are not impacted negatively, they are happy to have their chimp neighbors next to them.

Over the last four years, Bulindi Chimpanzee & Community Project has become part of this community. "They invite us to their weddings. We are with them during their funerals." says Dr. McLennan when talking about what it is like to live there and be part of the village.

The second-place team would get a goat - but the finalist team decided to play a prank and hide the goat before the game ended. It ended well, and they gave prizes to the rightful winners.

These fun and rich interactions are crucial to connecting with the villagers. For Dr. McLennan and his colleagues, it is not about just lecturing them on all the right things. It is about fully immersing themselves into the local lifestyle and making the entire population, people, flora, and fauna of the region thrive and prosper.

The partnership of DGB Group and Bulindi Chimpanzee & community project

Bulindi Chimpanzee & Community Project has made meaningful changes in the region, establishing themselves as experts and valuable community members. As for the next steps, DGB will work with the project experts to scale these efforts and further develop them with afforestation projects. The first milestone is set as planting 3.4M trees that will help to capture 6.91M tonnes of CO2.

As a publicly traded company, DGB and the Bulindi Chimpanzee & Community Project will help scale and bring more meaningful change for nature in Uganda and its population. By following strict industry standards to originate high-quality carbon credits - Bulindi Chimpanzee & Community Project will receive the attention it deserves and have a broader impact throughout the region.

Why do people in Kenya and Cameroon need cookstoves?

How cookstoves impact millions of lives?

What the Cameroon project is about

The Cameroon project is one of our recent projects as we continue in our quest to generate nature co..

Why do people in Kenya and Cameroon need cookstoves?

A household in Cameroon using "conventional cooking methods" uses 5 to 12 kg of wood per day on aver..

The Uganda Reforestation Project plans to plant 3 million trees in the next 3 years, starting in 202..

The tree nursery is expanding in Cameroon!

A few weeks ago our team planted the first trees in Cameroon!  While the time for planting trees doe..