DGB Group is a project developer of high-quality, large-scale carbon and biodiversity projects accredited by third parties. DGB is focused on nature conservation and helping biodiversity flourish by assisting governments and corporations in achieving net zero.

In H1, DGB completed its first substantial offtake agreements for Verified Emission Reduction worth €1.128m, contributing to its revenue.

As carbon markets are rapidly expanding, DGB focuses on scaling its operations and financing its project pipeline by entering into long-term offtake agreements for carbon credits to be verified in the coming years. This is an essential part of its financing and carbon credit sales strategy.

The outlook for DGB is robust, driven by increasing global demand for carbon credits and an expanding project pipeline. With a project pipeline of over 16,9 million tonnes of carbon offsets per H1 2022, DGB is already ahead of its outlook for 2022 and on pace to deliver on its strategic and operational objectives for the year. 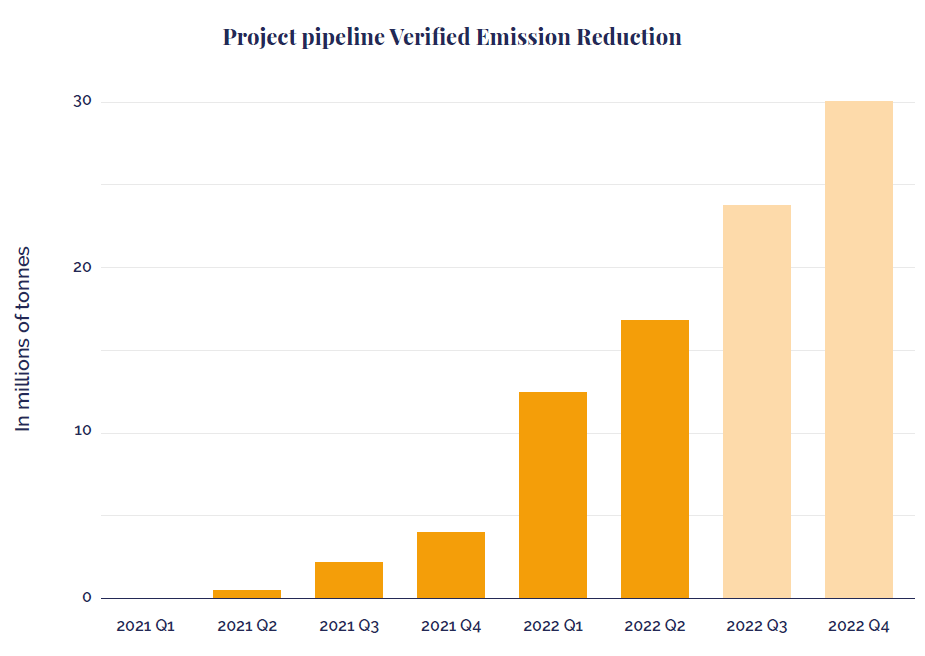 In Q2 2022, DGB invited investors and corporate buyers in a tender process on five of its projects. DGB expects to close the transactions on the received investment proposals to finance its current project pipeline in H2 2022.

The Group also plans to expand into new project sites to offer more offsets to a broader range of corporate and retail clients with binding offtake agreements.

“​DGB is a purpose-driven for-profit organisation with a boots-on-the-ground approach, focused on bringing excellence to the development and operation of large-scale nature-based carbon projects while producing high-quality carbon credits. At DGB, we see carbon credits as a critical lever to protect and restore nature. There is near-universal consensus from governments and private companies that this needs to happen sooner, rather than later. Our investors appreciate this market dynamic and the significant opportunity it presents.”, stated Selwyn Duijvestijn, CEO of DGB GROUP.

DGB hosts an online conference call on Wednesday, October 5th at 14:00h CET,  during which its board of directors will provide an operational update on the state of affairs and look ahead to the coming period. There is no participation cost, and access is for shareholders and non-shareholders.

Dutch Green Business Group NV is a public company that is traded on the main Dutch stock exchange Euronext Amsterdam under the ticker symbol AEX:DGB and ISIN code NL0009169515. DGB is a project developer of high-quality large-scale carbon and biodiversity projects accredited by third parties, focusing on making nature flourish and prosper, by helping governments and companies achieve net-zero through ecosystem restoration. DGB's vision is to be a leading high-impact investor in sustainably managed nature-based solutions by providing a competitive real return on investment for shareholders coupled with high societal impact. www.green.earth